More sales and 100% traceability through a 2D barcode loyalty program

Bicky burger, Belgium’s market leading hamburger brand launched a loyalty program that stimulates its customers to buy more and original Bicky products. Diner and restaurant owners are able to collect points by scanning the barcode on each box of burgers with a mobile app. The implementation of this concept went smooth and quickly thanks to Kortho’s printers in combination with Nicelabel software. 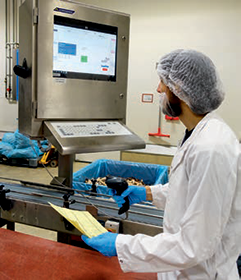 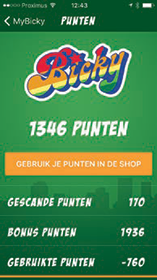 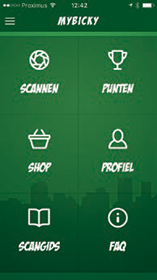 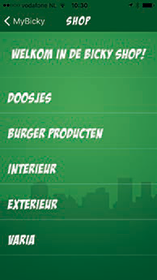 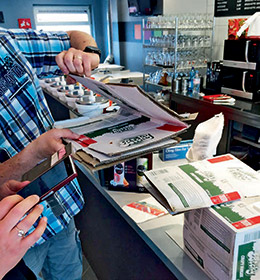 ‘Bicky is a love brand in Belgium, just like Jupiler beer’, says Vic Dresen, channel marketer at Izico, the manufacturer of Bicky. ‘Entire generations grew up with it. In Belgium it’s the most famous hamburger’. Virtually every snack diner in Belgium sells this burger made of a fried beef paddy in a soft and toasted bun with sesame seeds. The burger comes with a yellow, red and brown sauce, cucumbers and fried onions. Since 1981 you can’t think of a Belgium snack diner without also thinking about the Bicky burger. There are 10 different kinds, including a crispy, royal and veggie-burger. Around 510 snack diners are official Bicky resellers. The burgers should taste the same everywhere, like a Big Mac does. However Bicky has noticed that diners sometimes use other sauces, buns, onions and even meat. This influences the taste and the quality of the Bicky burger. Manufacturer Izico thought of a solution. ‘Annually 50 million burgers are sold in Belgium’, says Vic Dresen. ‘According to the numbers of Foodservice Alliance around 40% should be an original Bicky burger. However our numbers show that this isn’t the case. Diners often use non-original ingredients. We could officially sue them, but we chose to do the opposite. We now reward them if they buy our products instead.

‘Welcome in the Bicky shop’, can be seen on the smartphone of Vic Dresen, as he demonstrates how the Bicky app works. Diner owners are able to scan the unique QR code on the box with their smartphone. Per scanned product, points are then being awarded. With these point they can receive discounts, like a free box of burgers for each 10 scanned boxes. Also the entrepreneur can collect point for special Bicky products like a sunscreen, bicycle parking rack, beach flag, sidewalk advertising display or even a complete terrace set. The app, made by clickpoint is easy to use according to Dresen. ‘The menu is clean and intuitive. Within three clicks you are able to scan a barcode. After this we are able to see real-time exactly who bought what and where’. Already diner owners are reacting enthusiastically and are eagerly collecting points. Izico analyses all data and can quickly see when for example a diner buys the burgers, but not the sauces. ‘We can react to this by starting a dialogue with the diner about why they’re not also buying the sauces. This makes it a useful tool for our sales team’.

‘How do you print a unique code on each product without making errors?’ That was the question that plant manager Remon Geelink was confronted with. Izico has more than 150 different kinds of snacks and for the new loyalty program no box is allowed to contain a double barcode. Next to the traditional expiration date and lot number the printer also needs to print a unique QR code on high speed. In addition to this the production line contains a Leibinger small character inkjet and a Kortho Graphicjet hi-resolution inkjet while each product has a different print layout. An operator having to configure this many variables will eventually make mistakes. ‘We were looking for a system where the operator doesn’t have to configure equipment or select data manually’, says Geelink’. Printer manufacturer Kortho from the Netherlands had the answer with Nicelabel software. With this software you can pre-define the print layout for each product, and also work with variable insert fields for data inside the print template. By connecting each print-layout to an article number from our ERP system the operator now only has to scan the barcode on the production sheet. Nicelabel then retrieves the layout and variable data corresponding to that article number and makes sure that the right print is applied to each box. It’s a foolproof system which reduces errors to virtually zero’.

‘Introducing a new product or changing something in Nicelabel is very easy’, says Meindert de Groot, Kortho’s sales director. ‘With this Windows-based software users can easily add printers or change layouts themselves so expensive custom software programming is no longer needed. All our printers support all functions immediately so these kinds of custom coding needs are no longer difficult or expensive to implement. We can deliver everything plug and play with the speed and for the price of a standard product from stock’. A statement that is backed by Remon Geelink. ‘We recently have added another printer to the network ourselves. Also we have added some new functions. The software can be really easily configured when needed’. The plant manager complements Kortho’s support. ‘Kortho’s product specialists have helped us well. Just like all other internal departments here at Izico. This project was all about integration. Everybody was involved: logistics, the buying department, IT, sales and marketing. All people that were involved felt that we were doing something special. This is how we have made a success out of a complex project which now works very simple and easy. With one click on a button all printers flawlessly print all the correct data on the correct product. This so that dinerowners later on can collect their points while we don’t have any more costs due to wrong codings.

A production run is being generated from the ERP system. The system issues a batch number corresponding to a product and generates a sheet with a barcode on it. The operator scans the barcode on the sheet and Nicelabel activates the corresponding print layout for this product. After this all corresponding product data is retrieved from the central product database and sent to the printers. As a last step the operator performs a final check by comparing the production sheet with the preview on the PC next to the production line.  After this production can be started.

The loyalty program has multiple benefits for different departments at Izico. The customers see it as a discount system, making it a sales tool. Logistics can, in an early stage, establish if shortages might occur and marketing can think of new themes to launch. Dresen: ‘We could add a golden code that’s worth extra points, or a special code during a big sports event’. And last but not least, it’s a great management tool which gives insight into the entire distribution network, even if the products are distributed through resellers. 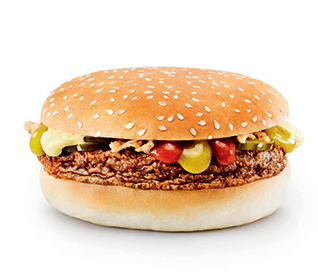 Looking for coding equipment? Check availability in your area
[contact-form-7 404 "Not Found"]